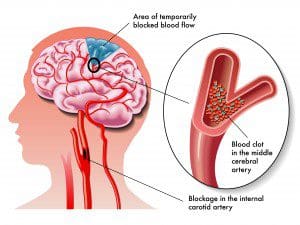 Stroke is serious. It is the third-largest cause of death in the U.S., and the first-largest cause of long-term disability. Someone in America has a stroke every 40 seconds, and worldwide the statistics are even more dire – over 15 million have strokes each year, of whom 1/3 die and another 1/3 become permanently disabled. And you’re probably aware of these facts, having read them in the media or having heard them from your doctor. But chances are you’ve never heard a related fact, that a leading cause of stroke is – surprisingly – vein disease.

What exactly is a stroke, and how could my veins increase my risk of having one?

A stroke, according to the Vascular Disease Foundation, is a catastrophic “brain attack” that occurs when the flow of blood to your brain is interrupted, which can occur for two primary reasons. An ischemic stroke happens when a blood vessel becomes blocked or plugged, most commonly because of a blood clot that has either developed or migrated to a location close to the brain. A hemorrhagic stroke, on the other hand, occurs when the walls of a blood vessel in or near the brain become weak and rupture. Most strokes (85% of them, in fact) are ischemic, meaning that they occur as the result of blockages to your circulatory system. One of the most common causes of blockage is a vein disease called deep vein thrombosis, or DVT, in which blood clots begin to form in the deep veins of your legs. Even if these blood clots remain where they originally formed they are serious, because they impair your circulation and prevent blood from flowing normally. But the real danger in terms of stroke comes when one or more of these blood clots breaks loose and travels through the veins to your brain. There it can cause a blockage that can prevent blood from getting to your brain. If your brain stops receiving the oxygen and nutrients it needs from the blood, its cells begin dying within minutes. If you receive prompt medical attention there is a chance of survival, but every second your brain spends without the blood flow it needs increases your possibilities of brain damage and long-term disability. Immediate symptoms of a stroke can include loss of balance, weakness or numbness on one side of the body, blurred vision, and difficulty walking or talking, but long-term symptoms can be even worse, requiring months or even years of rehabilitation to recover from.

The primary cause of stroke is vascular disease, which most people don’t know they have

The worst part about stroke is that most of the people who are at high risk of having a stroke don’t know it. DVT has few overt symptoms that you might notice, and can only be reliably detected as the result of having a venous health screening from a Flower Mount vein specialist, which they haven’t had because they have never sought vein disease treatment in Texas. Fortunately, such screenings only take about an hour, are completely painless, and can be conducted in the comfort of your Flower Mound vascular doctor’s offices. If you are over 50, you should have such a screening every few years, especially if you have other types of vein disease, such as varicose veins or spider veins. Using Doppler ultrasound and other state-of-the-art diagnostic tools, Dr. Robert A. Handley and his staff can detect even early signs of DVT or related conditions that increase your risk of having a stroke, and take action to reduce that risk. Blood clots, if found, can be eliminated via endovenous laser treatment (EVLT), and high risk due to other factors such as age, heredity, obesity, diabetes, or smoking can be managed via lifestyle changes and exercise.

The good news about stroke, therefore, is that it can be avoided So don’t just wonder whether you might be at high risk of having a stroke – find out! Give the best vein doctor in Texas a call today at 972-410-5757 and schedule your own venous health screening. It only takes a few minutes, but it can literally save your life. 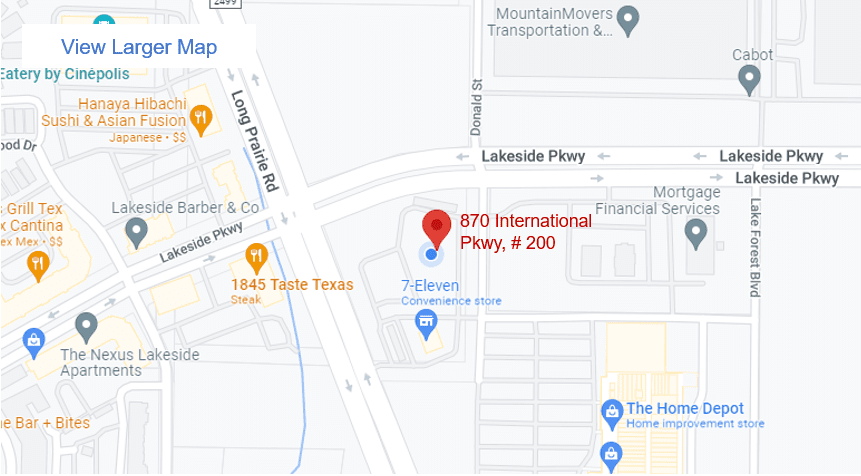